A total of Ć1.45 billion were mobilised by the International Conference for The Gambia, co-chaired by The Gambia and the European Union.

Home Media News A total of Ć1.45 billion were mobilised by the International Conference for The Gambia, co-chaired by The Gambia and the European Union. 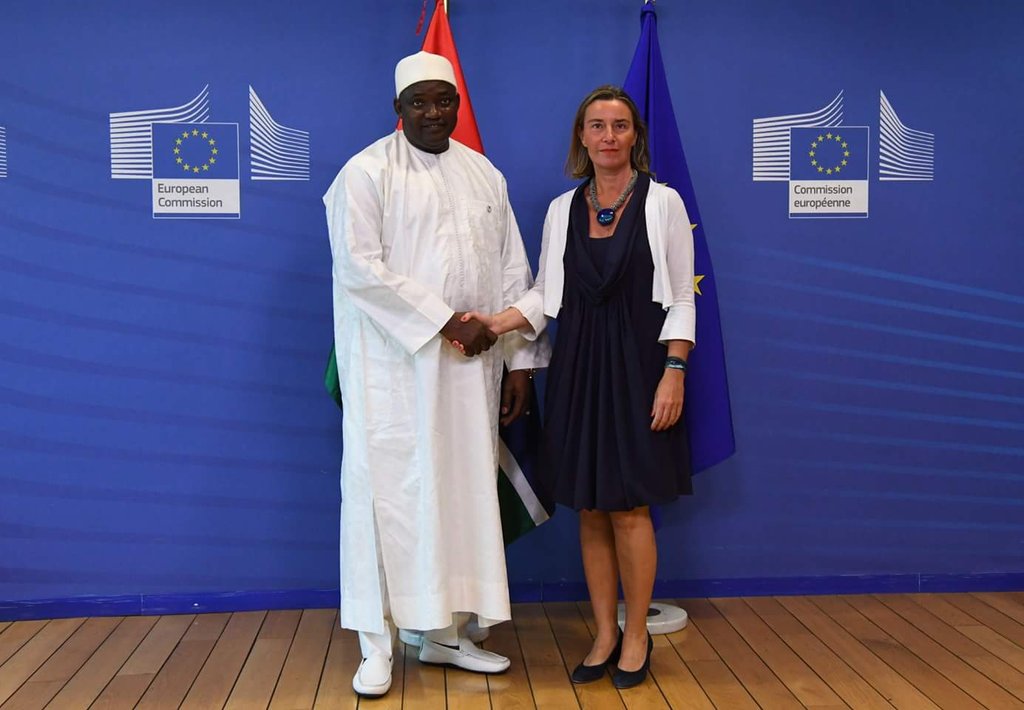 A total of Ć1.45 billion were mobilised by the International Conference for The Gambia, co-chaired by The Gambia and the European Union.

The reinforced political and financial support by the international community will assist The Gambia in continuing its democratic transition, building on strong democratic institutions, the respect of human rights and the rule of law, and sustainable and shared economic growth.

High Representative/Vice-President Federica Mogherini, who co-chaired the conference together with the President of The Gambia, Adama Barrow, in Brussels today, said: "The Gambia is showing to the world that freedom and democracy are about real people and real lives. After the presidential election in 2016, neighbours and the international community stood with the Gambian people. We stood on the side of freedom and democracy. Two years on, we continue to stand by your side. Today the EU is proud to announce Ć140 million to invest in opportunities for the Gambian people and further strengthen democracyö.

Commissioner for International Cooperation and Development, Neven Mimica, added: "When people of a country decide to overturn a two-decades long dictatorship, this is a choice to commend. This is what happened in The Gambia one year and a half ago. When new authorities commit to profoundly reform the country and put it on the path of democracy and development, the international community has to answer their call. This is what happened today in Brussels. Out of the Ć1.45 billion that were pledged today, the EU has committed additional funding of Ć140 million until 2020, which adds to the Ć225 million mobilised since the beginning of the transition in 2017. Because nothing is more important today than showing to the people of The Gambia that democracy brings quick and tangible dividends."

Key outcomes of the conference are:

The International Conference for The Gambia will be followed by a Business Forum tomorrow, which will bring together interested European, regional and Gambian business representatives for exchanges on sector-specific strategies and projects during panel discussions on Energy & Infrastructure, Agricultural Value Chains, and Tourism.

Following the end of 22 years of authoritarian rule by former President Yahya Jammeh with the change of government in January 2017, the EU and The Gambia have opened a new chapter in their relations. An intense political dialogue is ongoing at all levels, and the EU is actively supporting the democratic transition in co-ordination with other international partners of The Gambia. Areas of co-operation include e.g. security, development for sustainable growth, transitional justice, economic partnership, trade, fisheries and migration.