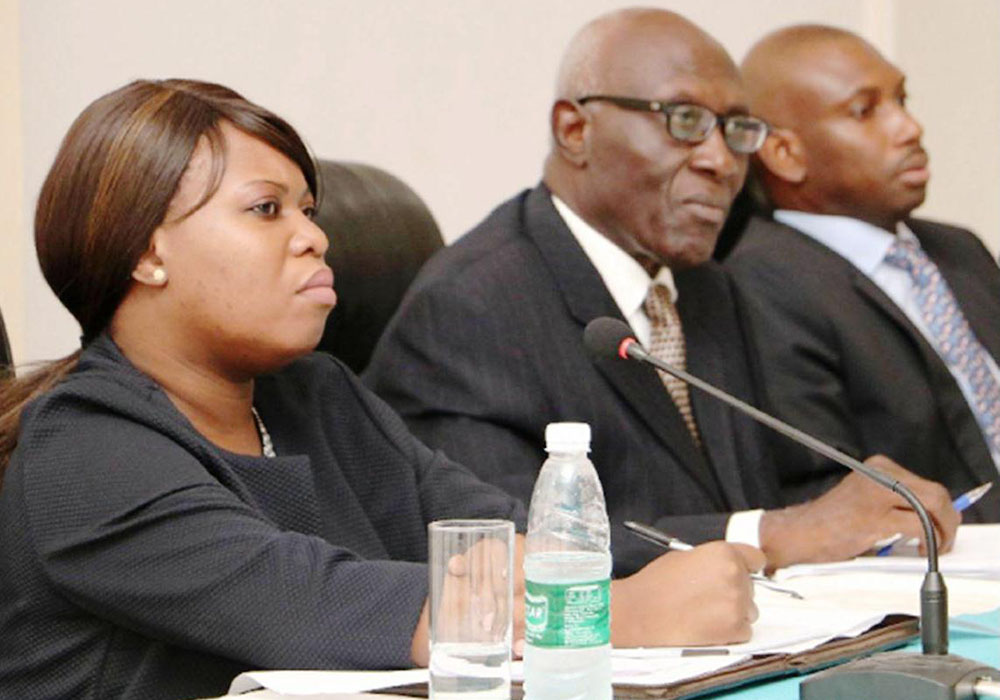 The Government's Accountant General, Momodou Lamin Bah, Trust Bank Managing Director and the Managing Director of Guaranty Trust Bank Ayodeyel Bolaji, yesterday reappeared at the 'Janneh' Commission to explain financial matters surrounding the former regime, Office of the former president and Gamveg respectively. Mr. Bah testified that the Directorate of the National Treasury did not make any direct payments; that however there were impresses paid and the sum of D3, 000,000 was paid to Dr. Njogu L Bah on the 9th of June 2010.

According to the witness, the said sum paid to the former Secretary General was approved by the Ministry of Finance but the request emanated from the office of the former president; that the impress paid to Bah has not been retired because once it's retired, it will be captured and the name of the retiree will be cleared from the system. Mr. Bah further testified that there was another payment of impress approved by the Ministry of Finance amounting to D7, 920,000 in the name of Njemmeh Wadda; that upon payment of the said sums, she presented deposits slip as retirement and attached a letter stating that she has deposited the money into the mobilisation account and would not take responsibility on how the money was spent.

On the 13th July 2010, there was a letter from the Secretary General requesting for the said sum out of which, the sum of D3, 000,000 was refunded to businessman Amadou Samba and others.

On the mobilisation account, the witness informed the Commission that over D5.7 million was paid on the basis that there was a letter from the Ministry of Finance in relation to the inauguration of the former president and there was payment of impress to Fatou Mass Jobe-Njie, amounting to D8, 139, 222 for the visit of Taiwanese President; that Mrs. Njie deposited this amount and retired the said sum.