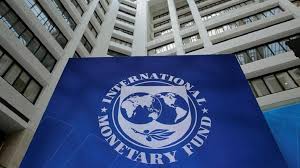 An International Monetary Fund (IMF) staff team, led by Jaroslaw Wieczorek, visited Banjul from May 3–9, 2018. The team assessed implementation of The Gambia’s Staff-Monitored Program (SMP) [1] with the International Monetary Fund (IMF) from end-September 2017 to end-March 2018. Forward-looking discussions focused on economic and financial policy commitments for the remainder of the SMP, which was extended through September 2018 to enable the completion of the program reform agenda.

At the end of the visit, Mr. Wieczorek issued the following statement:

“Emerging from over two decades of autocratic rule, The Gambia remains a fragile state with significant developmental and infrastructure gaps. It was ranked 173 out of 187 countries in the UNDP’s 2016 Human Development Index, and, at 48.6 percent, poverty remains pervasive and has remained relatively stagnant.

“Gambia’s economic recovery is gaining traction. Economic growth rebounded to 3.5 percent in 2017, from just 2.2 percent a year earlier, owing to a stronger agricultural season and a pickup in tourism, trade and transportation. Headline inflation declined from a peak of 8.8 percent in January 2017 to 6.5 percent in March 2018, reflecting the stabilization of the dalasi and a rebound in food supply. Significant external financial support boosted international reserves and allowed the government to reduce its reliance on domestic borrowing, leading to a sharp fall in T-Bill yields.

“In 2018, GDP growth is expected to rise to 5–5˝ percent, inflation is projected to drop to about 5Ľ percent close to the Central Bank of the Gambia’s target of 5 percent, and the international reserves to strengthen to 3.4 months of next year’s imports of goods and services.

“Performance to date under the Staff Monitored Program has been broadly satisfactory, with all quantitative targets at end-December 2017 and end-March 2018 being met, although the implementation of the structural reform agenda encountered some delays. The team reached understandings on a timetable for the completion of the program reform agenda and fiscal measures needed to ensure consistency of budget implementation with the SMP.

“The Gambia’s debt stock has risen further to about 130 percent of GDP at end-2017 (of which more than half is owed to external creditors) mainly due to legacy issues, including faster disbursements of previously contracted loans and the recognition of external arrears incurred by the former administration, and government’s assumption of State-Owned Enterprises (SOEs) liabilities. Maintaining debt sustainability will necessitate refraining from contracting new government debt or contingent liabilities before additional fiscal and borrowing space has been achieved, and leveraging more private investment. In addition, strengthened fiscal discipline and domestic revenue mobilization are needed to reduce debt vulnerabilities.

“Reform of SOEs remains critical. Efforts are needed to strengthen the financial oversight of SOEs, including through the conduct of special multiyear audits, and enforcement of SOE compliance with monthly, quarterly and annual reporting requirements.

“The Central Bank of The Gambia (CBG) should maintain its flexible exchange rate policy and take concrete steps to strengthen the monetary policy framework to help ensure price stability. Looking forward, the establishment of an interest rate corridor for the policy rate will help to ensure that monetary conditions are consistent with the objective of keeping inflation at or below 5 percent.

“The team thanks the authorities for their openness and excellent cooperation, and fruitful discussions, and looks forward to continued close cooperation in the period ahead.”