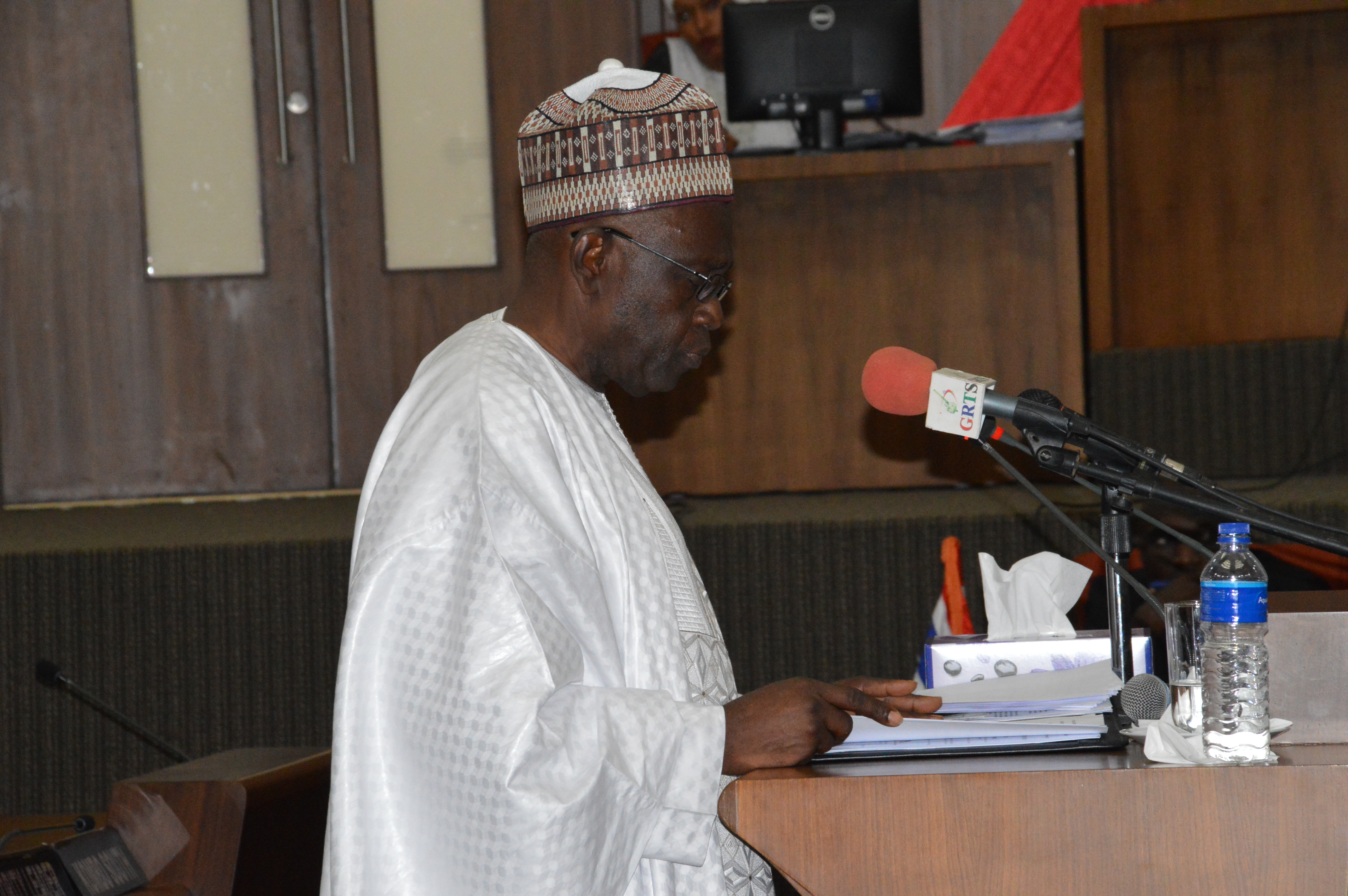 The Minister of Finance and Economic Affairs Mr. Amadou Sanneh, said the revenue that the country generated, exceeded the targeted value because they have generated about two hundred million dalasi.

Mr. Sanneh indicated this statement at the first Thought Leadership Seminar on The Gambia Economic Outlook, held on Thursday 15th February 2018, at a local hotel. The session which was organised by the Standard Chartered Bank, was meant to discuss the National Development Plan and the National Budget, to be followed by a Question and Answer session which will provide stakeholders and participants a platform to discuss the outlook for the Gambian economy.

He said the country has reduced the price of basic commodities, taxes, government expenditure and borrowing among others, in order to realise sustainable growth and development; that Government encourages regional trade especially between the Gambia and Senegal. He also said Government has plans for infrastructural development which includes the air and seaport, referring to them as the principal in the eyes of Government; that they have targeted to improve these structures.

The Minister said some countries that the Gambia owed money have waived their debts and this includes the Peoples’ Republic of China; that they are negotiating with other countries in order to get similar treatment; that one of the greatest challenges Government is confronted with is the payment of 47% of the domestic revenue, which is a debt.

He urged all banks and other financial stakeholders to invest in the country as there is now the conducive atmosphere to do so; that this has already been created by Government.  “The opportunity for private businesses exist in the Gambia”, he said.

He told the bankers and other stakeholders at the gathering that the illiteracy rate in the country is high and many Gambians cannot write business proposals; that at the time of giving loans, they should be able to understand this.

Mr. Sanneh said the event serves as a platform that will lead to more sensitisation of the country’s development programs, give more information where it will serve in creating more awareness to the population and on the country’s effort to go out of its economic and social predicaments.

He said when they started in January 2017, the situation was very challenging; that the interest rate was 24%, inflation rate 9%, unemployment rate very high, and state-owned enterprises were in a critical situation. He urged stakeholders to join the effort to tackle the challenge in order to meet the aspirations of the national development plan.

He said at the end of his first year in office, the financial rates have been reduced; that Government alone cannot do it.

“The rates have been going down because we have a serious physical discipline and reduced Government’s borrowing to a level that we are not borrowing the Central Bank of the Gambia. We have reduced the level of expenditure to the level that the budget deficit was reduced from around 10% of the GDP in 2016 to 1% in 2017 and we have controlled the unnecessary expenditures that Government makes, especially on vehicles,” he said. “We want to take the Gambia from a bankrupt state to a state of sustainable growth” he said.

“The Gambia launched the National Development Plan and now we are in a process of mobilising resources and making commitments and pledges towards this plan. It is our hope that when we are able to generate the resources required, this investment will transform the Gambia into the best outlook that we can ever look for”, he said.

On his part, the Standard Chartered Economist from London Emmanuel Kwapa, said the economy of the Gambia that has been affected by the recent political impasse, will rise up in the year 2018.