COVID-19 Food Support: We acted within the law 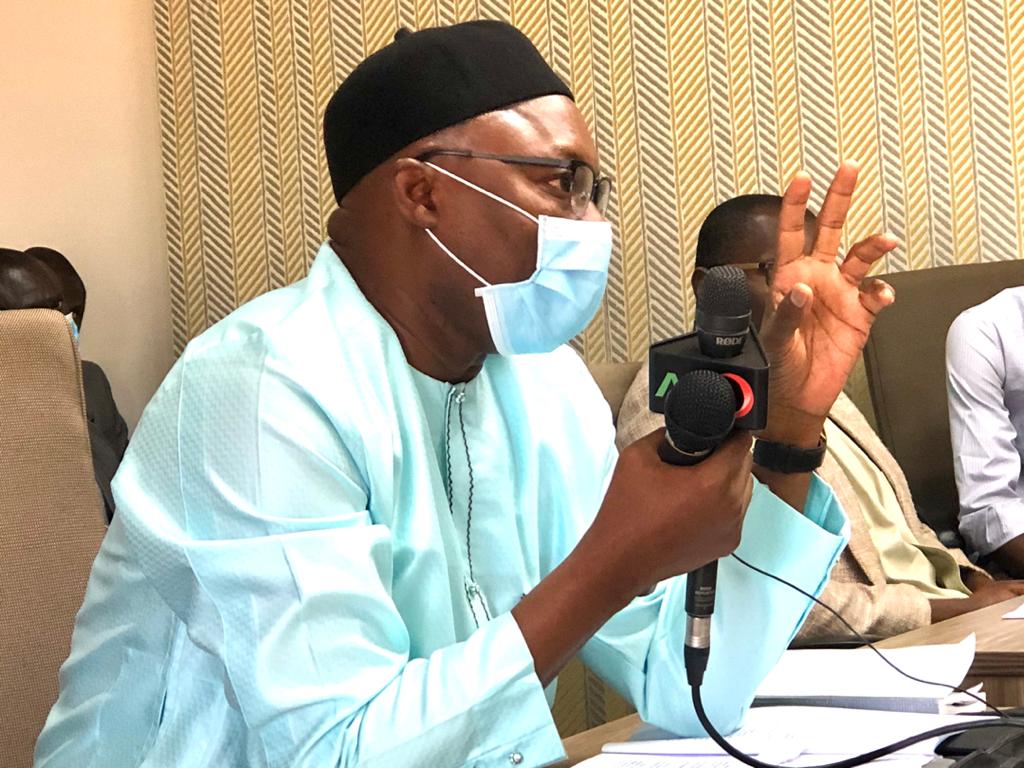 COVID-19 Food Support: We acted within the law – Minister of Finance

Quadrangle, Banjul, 7th May 2020 - The Minister of Finance and Economic Affairs, Hon. Mamburay Njie has defended the decision of his ministry to procure food supplies for the poor and vulnerable Gambians across the country by mobilizing funds from the budgets allocations of the various government ministries, agencies, and departments.

The Minister made a strong case for the government’s mobilization of the emergency COVID-19 health fund and food supply fund of D500 million and D734 million, respectively, on Wednesday at the Finance and Public Accounts Committee of the National Assembly (FPAC), which raised concern that the parliament was not involved in the process.

‘’We did not act outside the budget approved by the National Assembly’’, Minister Njie said, explaining that the COVID-19 monies were raised from 2020 budget allocation in line with the existing public finance regulations of the country.

‘’If we would have gone more what was approved, yes...But up to today, we have not spent anything that is beyond what was appropriated by the National Assembly in December 2019. We were guided by the Public Finance Act 2014, which allows for virement’’.

The Minister added that a significant percentage of the D500 million was cut from the travel allocations of the government because global travel has been restricted due to the COVID pandemic while the entire D734 million was sourced from savings from the debt service referral from development partners.

Members of the National Assembly subcommittee, including Hon. Ya-Kumba Jaiteh, Hon. Sedia Jatta, and Hon. Fatouata Njie observed that the provisions of the Public Finance Act that the Ministry relied on were in contravention with the Constitution and should be revised. In response, the Minister said they were in the process of revising the Act to conform with the Constitution but until that is done, they have to rely on it to do to their work.

He also insisted that they had to act quickly to provide food support to Gambians.

On the issue of the procurement of the Food Supply, the Minister, assisted by his Permanent, Buah Saidy and the erstwhile Director-General of Gambia Public Procurement Authority, Abdoulie Tambedou, both of them members of the Procurement Committee that oversaw the process, told FPAC that the process was conducted transparently and openly.

In line with the Public Procurement Act, the DG, GPPA, said they floated an advert on the media and more than forty (40) businesses responded expressing interest. He added that the bids were opened in the presence of all the bidders and 33 small and medium enterprises got qualified.

The Permanent Secretary at the Finance Ministry explained that they resorted to open tender to include small and medium enterprises because concentrating D734 million in the hands of a few major food importers would have had serious implications for the economy. Ensuring wider participation across the business will provide stimulus and relief stress for most businesses in the country.