THE ACCOUNTANT GENERAL’S DEPARTMENT BADE FAREWELL TO THEIR FORMER BOSS 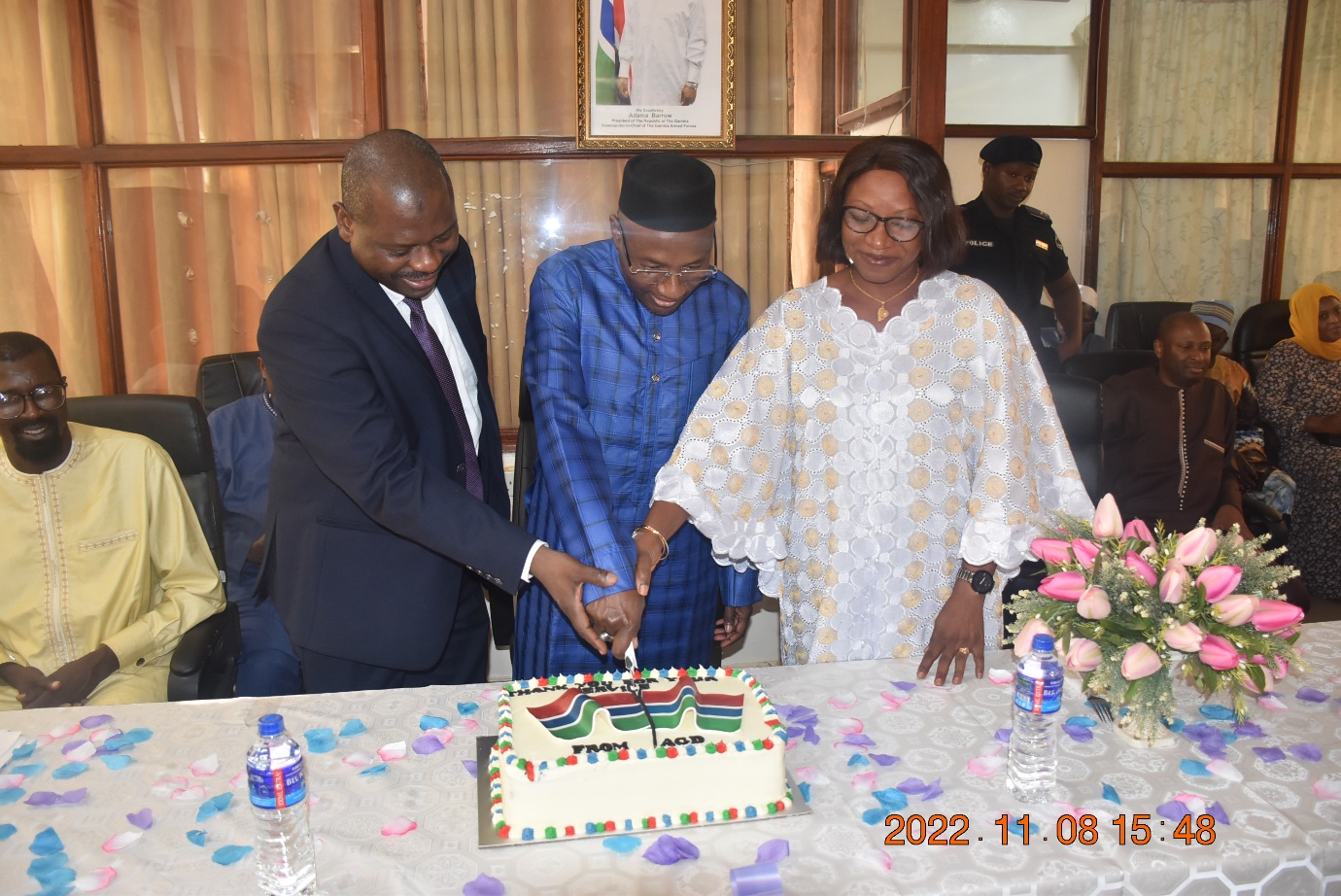 On 8th November 2022, the staff of the Accountant General’s Department under the Ministry of Finance and Economic Affairs bade farewell to the former Accountant General, Mr. Momodou Lamin Bah. In July 2022, Mr. Bah was appointed as The Gambia’s Ambassador to the United States of America. Until his appointment, Mr. Bah worked as a Financial Management Specialist (Consultant) from 2005 to 2009 and as a Project Manager (Consultant) from 2009 to 2014 at the Ministry of Finance and Economic Affairs (MOFEA/AGD) for the establishment and implementation of the Integrated Financial Management System (IFMIS), and finally, as the Accountant General of The Gambia from 2014 until his new appointment as Ambassador to the USA.

To celebrate his achievements, support, kindness, and dedication to staff welfare, the staff of the AGD and the senior management of the Ministry of Finance and Economic Affairs organized a farewell treat for the outgoing AG. In her statement, the newly appointed Accountant General, Agnes Jatta thanked Mr. Bah for being a good role model to her and the rest of the AGD staff. She promised to continue working hard with the AGD team to improve on what Mr. Bah has left. She encouraged the young staff of the Department to work hard to achieve competencies and qualifications to improve their careers. Mr. Modou Ceesay, the Director General of Internal Audit also added his voice by thanking the former AG for championing the IFMIS and other financial systems for the AGD and the government at large.

In his statement, the Minister of Finance and Economic Hon. Seedy K.M. Keita thanked the outgoing AG for the transformations witnessed over the years by the AGD, ranging from the IFMIS to digitizing accounting systems for the government. To him, these are huge achievements one can boast of. According to Hon. Keita, Mr. Bah has left a great legacy in the AGD by ensuring that his staff are well-trained to be able to replace him and continue the good work they have been doing. Speaking further, the Minister expressed appreciation to Mr. Bah’s Successor, Agnes Jatta for her hard work, dedication to service, and attention to detail. He urged all staff of the Ministry including AGD to work hard to emulate their supervisors.

The Permanent Secretary Mr. Abdoulie Jallow added his word to the farewell message. He thanked Mr. Bah and his team for working tirelessly to ensure that the IFMIS and other systems were fully implemented.

Finally, His Excellency Ambassador Bah thanked everyone for the unflinching support rendered to him as AG as well as the powerful farewell ceremony organized for him. According to him, he couldn’t have asked for more. He assured his successor, Madam Agnes Jatta his continuous support and guidance as she mounts the mantle of leadership of the Accountant General’s Department.