THE MINISTER OF FINANCE AND ECONOMIC AFFAIRS LAYS THE DRAFT BUDGET FOR THE FISCAL YEAR, 2023

Home Media News THE MINISTER OF FINANCE AND ECONOMIC AFFAIRS LAYS THE DRAFT BUDGET FOR THE FISCAL YEAR, 2023 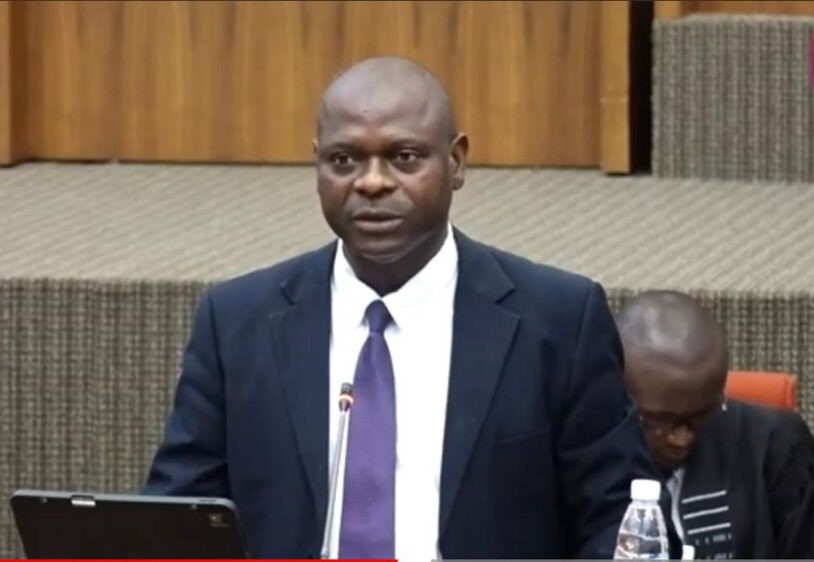 THE MINISTER OF FINANCE AND ECONOMIC AFFAIRS LAYS THE DRAFT BUDGET FOR THE FISCAL YEAR, 2023

As per the 1997 Constitution and the Public Finance Act (PFM Act 2014) on Monday, 14th November 2022 the Honourable Minister of Finance and Economic Affairs submits for consideration and approval to the National Assembly, the Estimates of Revenues, Recurrent and Development Expenditures for The Republic of The Gambia for the Fiscal Year, 2023. Based on the relevant section of the constitution this mandate is vested on the Honourable Minister by the President of the Republic to be presented to the Parliament at least 30 days before the end of each fiscal year for the following year.

The 2023 Budget Estimate according to the Minister has been prepared based on the objectives of continued recovery and building an inclusive and resilient economy. He added that the draft Estimates is anchored on a renewed commitment to strengthening domestic resource mobilization to support the provision of quality essential services in agriculture, education, health, and Infrastructure development to promote more inclusive and resilient growth. For him, this new direction of government development policy will support recovery in light of the adverse impact of the Russia-Ukraine War and the lingering effects of the COVID-19 pandemic. He opined that the macroeconomic framework underpinning the draft Estimates is anchored on recovery in agriculture, sustained growth in construction services, and a broadly positive outlook in the tourism sector.

Hon. Keita cited the above as the reason the 2023 budget is designed to effectively respond and serve as both a mitigation and adaptation tool, with emphasis on strengthening resilience towards the current adverse effects of the global economy and consolidating the gains achieved in recovering from the COVID-19 pandemic.

On sector-specific growth outlook, the Minister projected agriculture to grow reaching 6.6 percent in 2023 as a result of crop production, fishing, and aquaculture. He added that growth prospects for the industry sector are estimated to increase to 6.9 percent in 2023 up from 6.0 percent in 2022 supported by electricity, mining, and quarrying activities. In the service sector, recovery in tourism, transport, storage, finance, and insurance will enhance growth, with the sector growth projected to reach 4.0 percent in 2023 from 2.4 percent in 2022.

On Monetary Policy, inflationary pressure and expectation have risen.  This is fueled by surging food and energy prices coupled with other risk factors such as currency depreciation, the adjustment in transport fares, and pump prices.  Headline inflation reached 13.3% in September 2022 up from 11.7% in June 2022 and 8.2 percent a year ago.

On the fiscal front, Hon. Keita said revenue has registered a low outturn.  This is mostly because of grant disbursements of only 30 percent of the projected yearly outturn of D13.6 billion. The projected disbursement of budget support grants from the European Union of US$23 million and the African Development Bank of US$7 million did not materialize; and the increase in global oil prices led to fuel subsidies to the tune of D1.3 billion at the end of September 2022, also contributed to the low revenue outturn.

He added that the projected annual outturn for Tax Revenue is estimated at D12.65 billion. In the first nine months of the year, the actual outturn recorded D8.2 billion, representing 56% percent of the projected outturn for the 2022 fiscal year. This lower-than-anticipated outturn is primarily due to revenue shortfalls relating to a drop in international trade taxes for both Oil and non-oil imports.

As for non-tax revenue, performance for the first three quarters of 2022 registered D2.2 billion against an end-year projection of D3.9 billion, representing 60 percent of the projected outturn for the year.

The total outturn for expenditure and net lending is projected to reach D30.65 billion against the revised Budget of D31.06 billion. In comparative terms, he postulated, the end-year projection is forecasted at D412 million below the revised Budget. This is mostly because of the lower performance of domestic revenue collections that translates to tighter budgetary control.

On debt Interest, the end-year projections of D3.48 billion will overshoot the revised budget by D442 million. This is mostly related to the increase in both domestic and external debt services due to the appreciation of the US Dollar and the increasing cost of domestic debt.

For personnel costs, the Minister said, are estimated to be D386 million below the revised budget amount of D5.75 billion at the end of the year compared to a projected yearly outturn of D5.36 billion. He added that the prudent and close monitoring and rationalization of expenses in light of the lower-than-expected performance of the revenue contributed to the realization of the savings.

Further speaking, Hon. Keita opined that the 2023 Budget aims to stimulate economic recovery through practical and tangible support to all sectors of the economy.  He added that the Budget also reaffirms the government’s commitment to leave no one behind by enhancing social protection response programmes in collaboration with development partners.

As mentioned earlier, he submitted, the 2023 budget will place emphasis on social service delivery.  This will include additional expenditure on priority areas such as Education, drugs, and medical supplies for hospitals, vaccines for infants, and the rehabilitation of major Health Centers across the country.

Infrastructure development, particularly road infrastructure, is also featured meaningfully in the 2023 budget, he said. This is expected to finance ongoing and newly proposed rural road projects through the 2023 budget from Government coffers.

Speaking further, Hon. Keita stated that the 2023 budget will factor Budget Support to the tune of D2.77 billion from development partners, compared to D1.07 billion in 2022.  The bulk of the budget support he added, is expected to come from the World Bank (US$20 million), the European Union (US$13 million), AFD (US$2million), and the African Development Bank (US$7 million).

To conclude, Hon. Keita invited reflection on the fact that the crafting of this 2023 Budget is being done under difficult social and economic circumstances.  He advised that 2023 requires fiscal discipline but is optimistic that it will provide opportunities for innovation in all aspects of the economy and for leveraging the potential of digitalization to transform businesses and restructure sectors to make them more resilient. He emphasized that local solutions should be put in place to tackle economic challenges, achieve greater value addition, establish sustainable domestic value chains, diversify the local production base, and expand the country’s nascent export base.