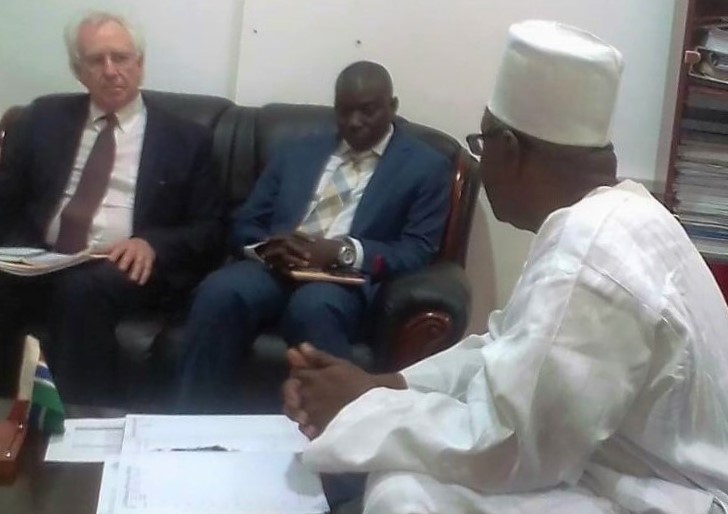 A Team from the World Bank visit the Gambia on a need identification mission of the State Own Enterprises (SOE).  This visit is a five days working visit to meet key stakeholders in the State Own Enterprises. The World Bank team is hosted by the Directorate of Public Private Partnership. The five working days visit started with a briefing to the Minister of Finance and Economic Affairs, Hon. Amadou Sanneh. According to the World Bank team, they have been supporting the government in the area of SOE reforms through the PCU, IFMIS project. According to the team, they are here to bring additional assistant to help the SOEs perform better and help government in monitoring these performance. Furthermore, to ask the ministry how they see the reform process and how can they give more support to the reform process; what are the needs of SOEs as at now? According to the team, they have been rendering support to SOEs like NAWEC and SSHFC in their reform agenda.

According to the Minister, the main problem with SOEs is fiscal, financial support. He noted that most of the State Own Enterprises are broke to the extent of adding more financial burden on the Government. The minister deliberated on a host of issues including the liberalization of the Gateway by PURA, the Gambia Ports Authority expansion project, the computerization of the custom processes at the Port, the reviewing of SSHFC and the reviewing of the pension scheme, GRTS and the digital switch over, Airport improvement project, GNPC, GGC and value chain project, among other issues. He identified challenges faced by the SOEs mentioned and welcome the World Bank’s support in making them profitable enterprises for the country.