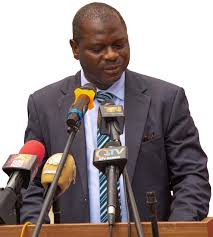 On Thursday, 28th July 2022, the Minister of Finance and Economic Affairs Honourable Seedy K.M. Keita tabled before the National Assembly a Revised Budget for 2022 as per the provisions of Section 30(1) of the Public Finance Act of 2014 which states that “The Minister may submit a Revised Budget to the National Assembly with any changes on revenues and expenditures that may be required, within the limit of the total appropriated amount of expenditures in any particular financial year”. The submission of this revised budget is premised on the following:

This proposed budget is reflective of the current economic realities and consistent with a stable macroeconomic framework. As both the domestic and global economies began to recover from the effects of the pandemic in 2022, the Russia-Ukraine war brought about a dramatic shift in the global economic conditions characterized by heightened supply-side constraints, higher food, and energy prices fueling inflationary pressures across the globe. The resulting effect is the growing poor performance of domestic resource mobilization, affecting oil-related taxes as well as putting increasing pressures on government spending needs. These effects together with the creation of additional two new Ministries and the decision of the government to increase the salary of Civil Servants necessitated the revision of the approved 2022 budget to accommodate these changes

Furthermore, the general salary increments of 30% on basic salaries exclude pensioners due to a 100% increment of their pensions in 2018.  Honourable Keita explained that this increment resulted in an income mismatch between active employees and pensioners making their exclusion a necessity to correct this anomaly.

The Minister added that the delinking of allowances from the basic salary will be carried out to further create an estimated fiscal space of D125million in the next six months of 2022 as well as freeze all committee allowances for internal meetings held within MDAs.

To create more fiscal space, for the general expenditure revisions, a cut on the budget balances of Ministries was done to accommodate the salary revision. In addition, the groundnut subsidy for 2022 has been removed since groundnut prices are surging globally and therefore minimizing the need for the subsidy on groundnut.

Domestically Financed Capital Expenditure has also been reduced. This affects mainly non-performing capital projects. However, additional funding for road construction has been provided. This mainly covers roads such as Hakalang and North Bank roads Lot 1 and 2 and Kiang Sankandi.

The Honourable Minister concluded that the overall fiscal position will remain sound under the presented framework. All revenue shocks have been adjusted and domestic revenues are expected to finance government expenditure for the rest of the fiscal year. According to him, this will help provide greater predictability in the implementation of government programmes.

Finally, he appealed to the august assembly to approve the revised 2022 budget which is expected to improve the lives and livelihoods of civil servants in particular and the Gambians in general within a stable and sound economic environment. At the end of the sitting, the National Assembly approved the proposed 30% salary increment for civil servants with effect from July 2022.